Incessant rains and floods in chennai have thrown the life of people to a nightmare. Thousands of houses marooned and the communication has come to a standstill. Though situation seems to be a little bit eased out with a break from the unprecedented rains, most parts of the city are still in dark without power supply and there is visible scarcity of food and drinking water everywhere. During this hour of crisis, RSS Swayamsevaks, as they are always known for, are toiling day and night and extending their help to rescue and relief operations. So far, RSS Swayamsevaks could rescue hundreds of people stranded in the worst hit areas and have been relentlessly engaged in providing the basic necessities such as food and water to the people.

In addition, Swayamsevaks have been actively cooperating the NDRF team and armed personnel in rescue operations in  Mudhichur, Mannivakkam. In around 75 places, relief work is being carried on. Some of the relief inputs hereunder:

Relief material and help from vellore district to chennai:
15 volunteers, including one lady, from RSS and Seva Bharathi of Vellore District left for Chennai with some relief material (the much wanted and scarce vegetables, rice, biscuits and bread, candles, match boxes and mosquito coils) for relief work.

Seva Bharathi is co-ordinating Relief operations in many parts of rain flooded Chennai with volunteers working on the ground. Please contact the following numbers for help. 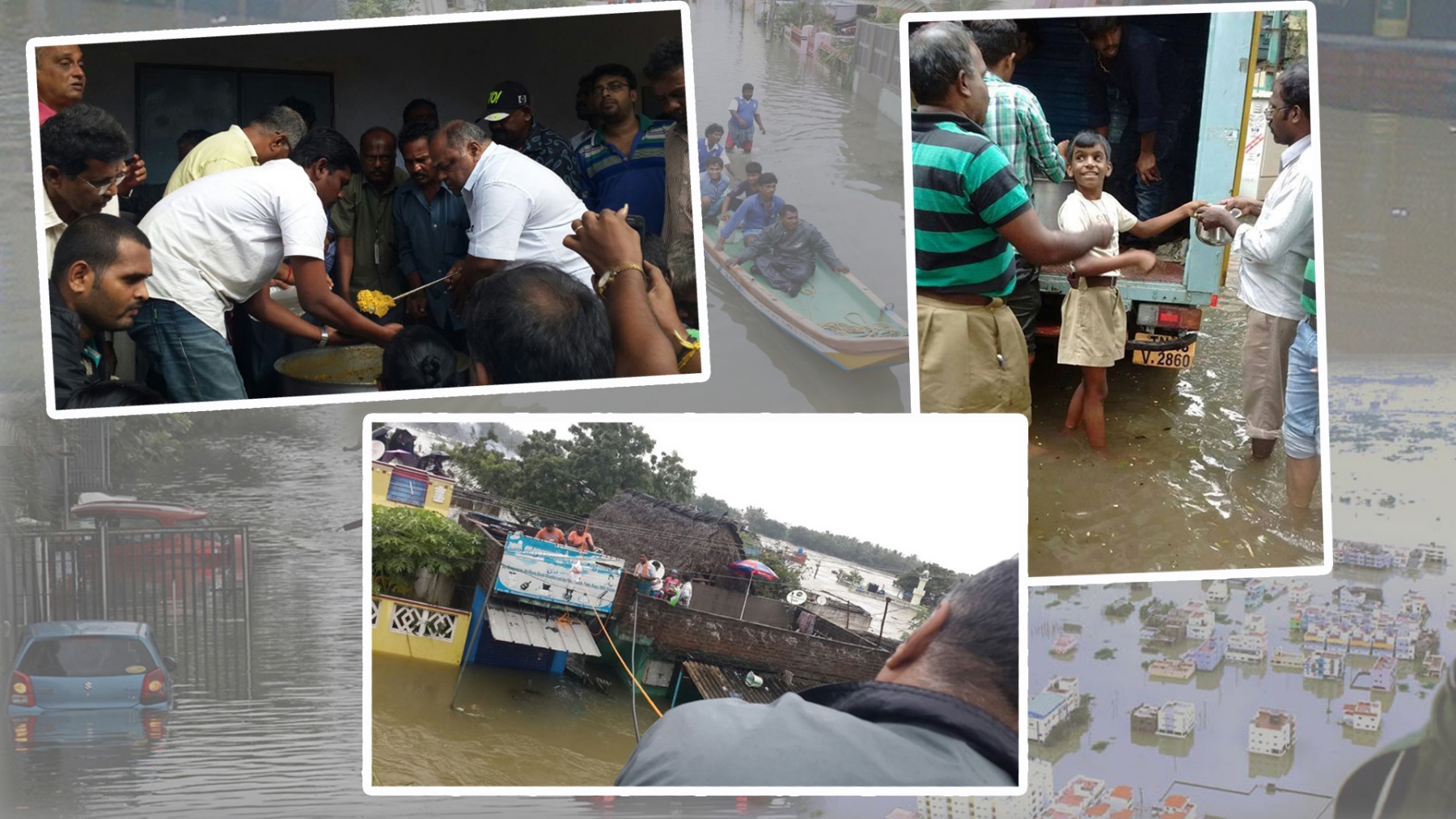 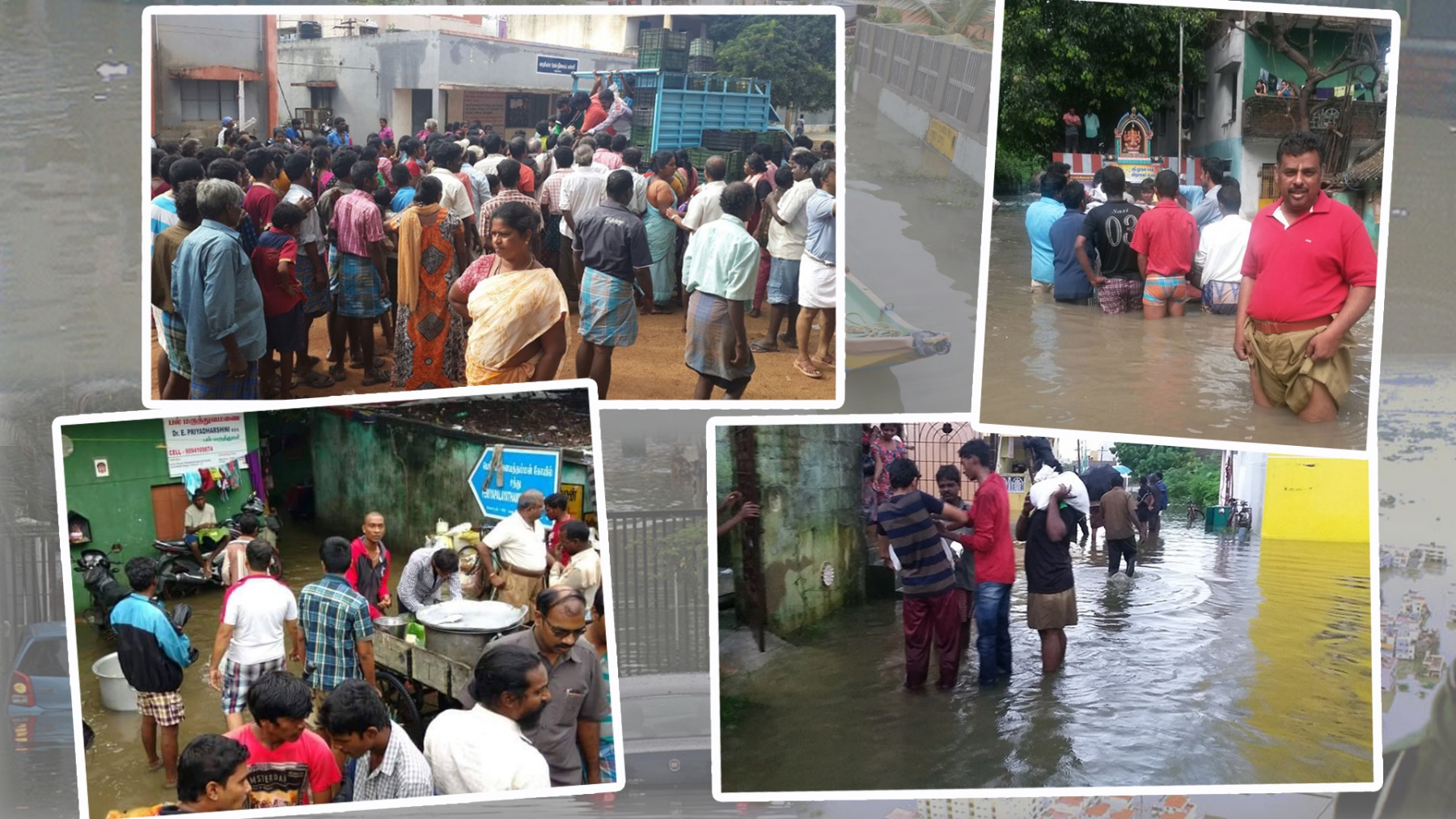 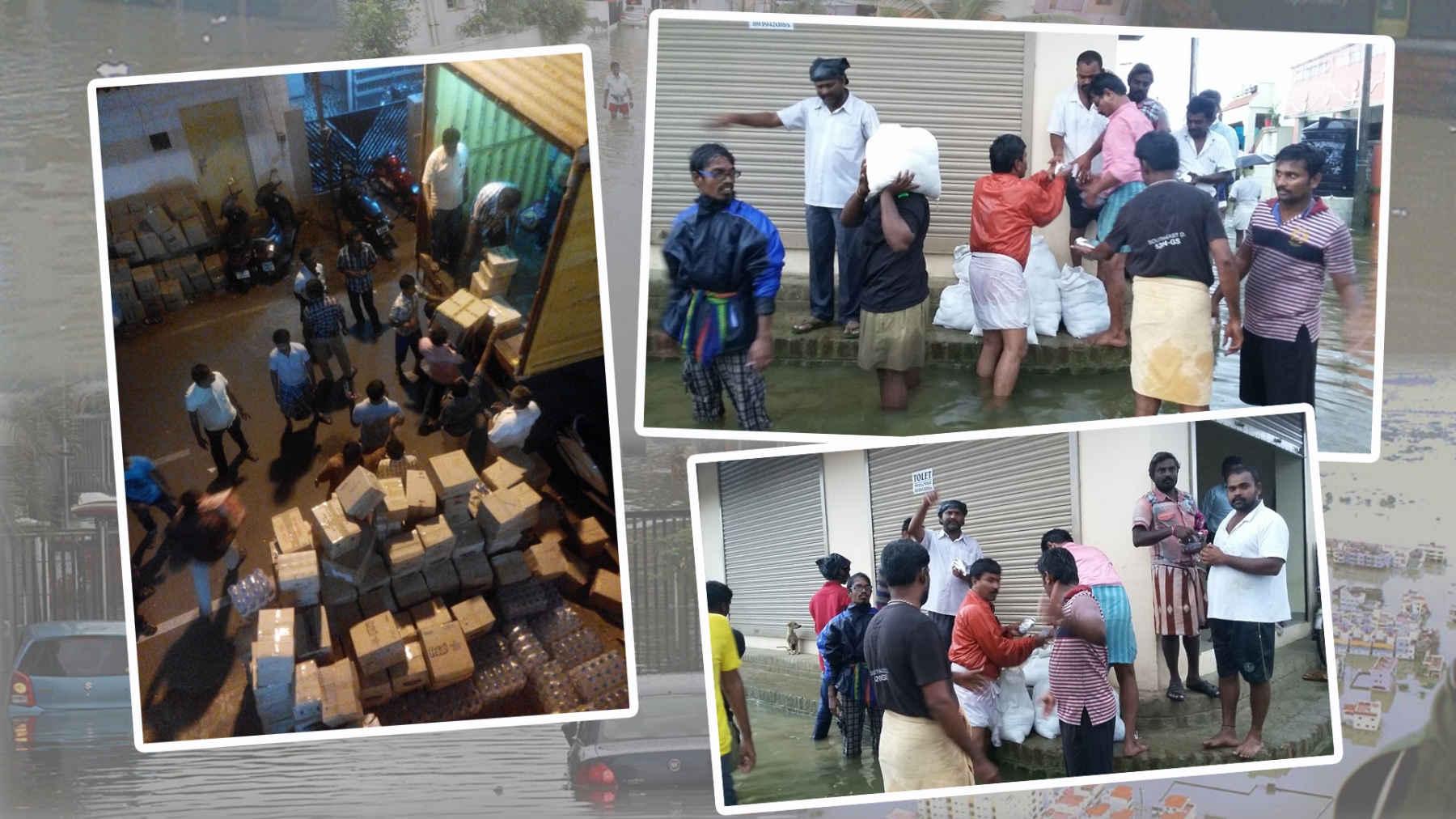 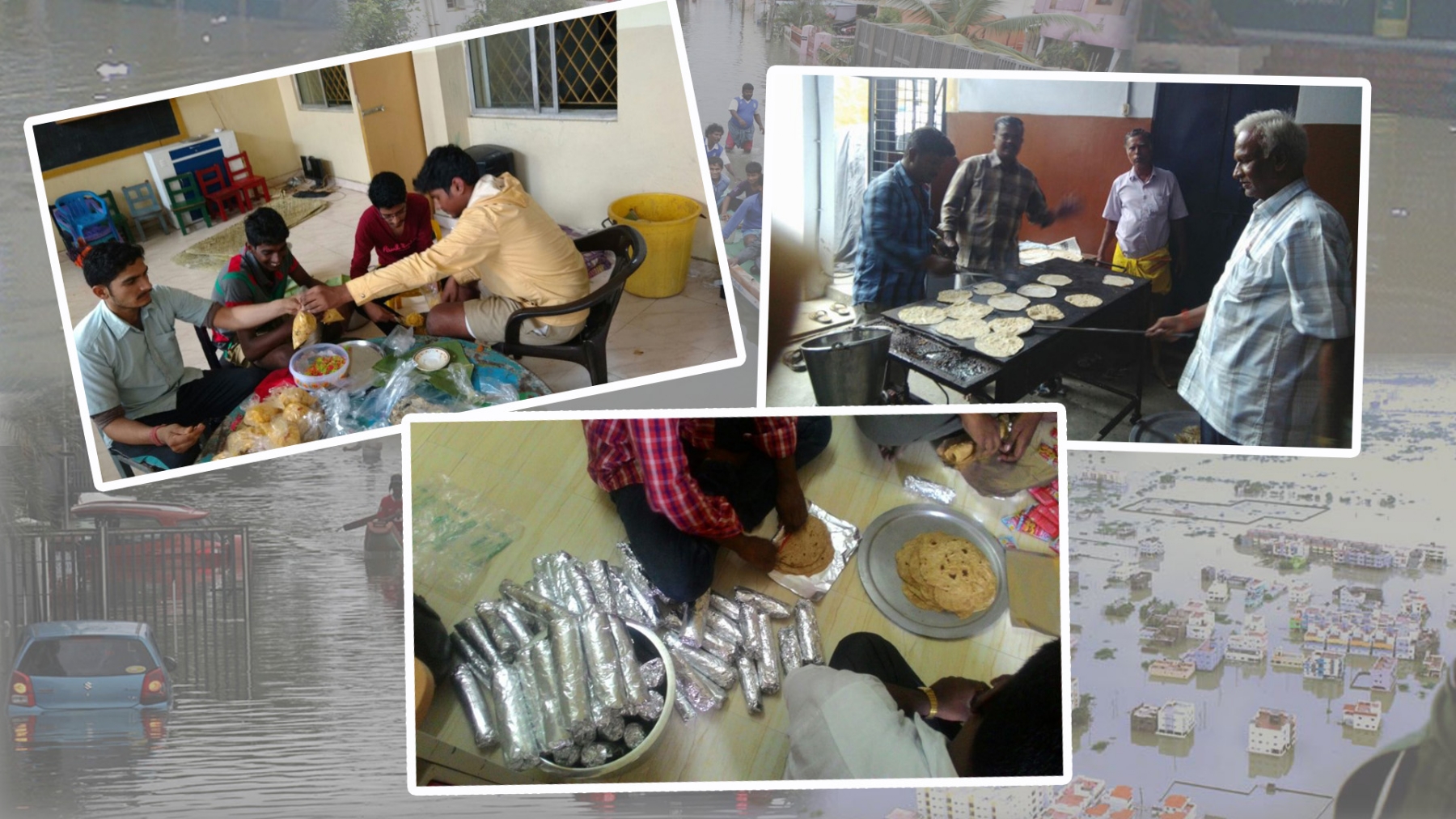 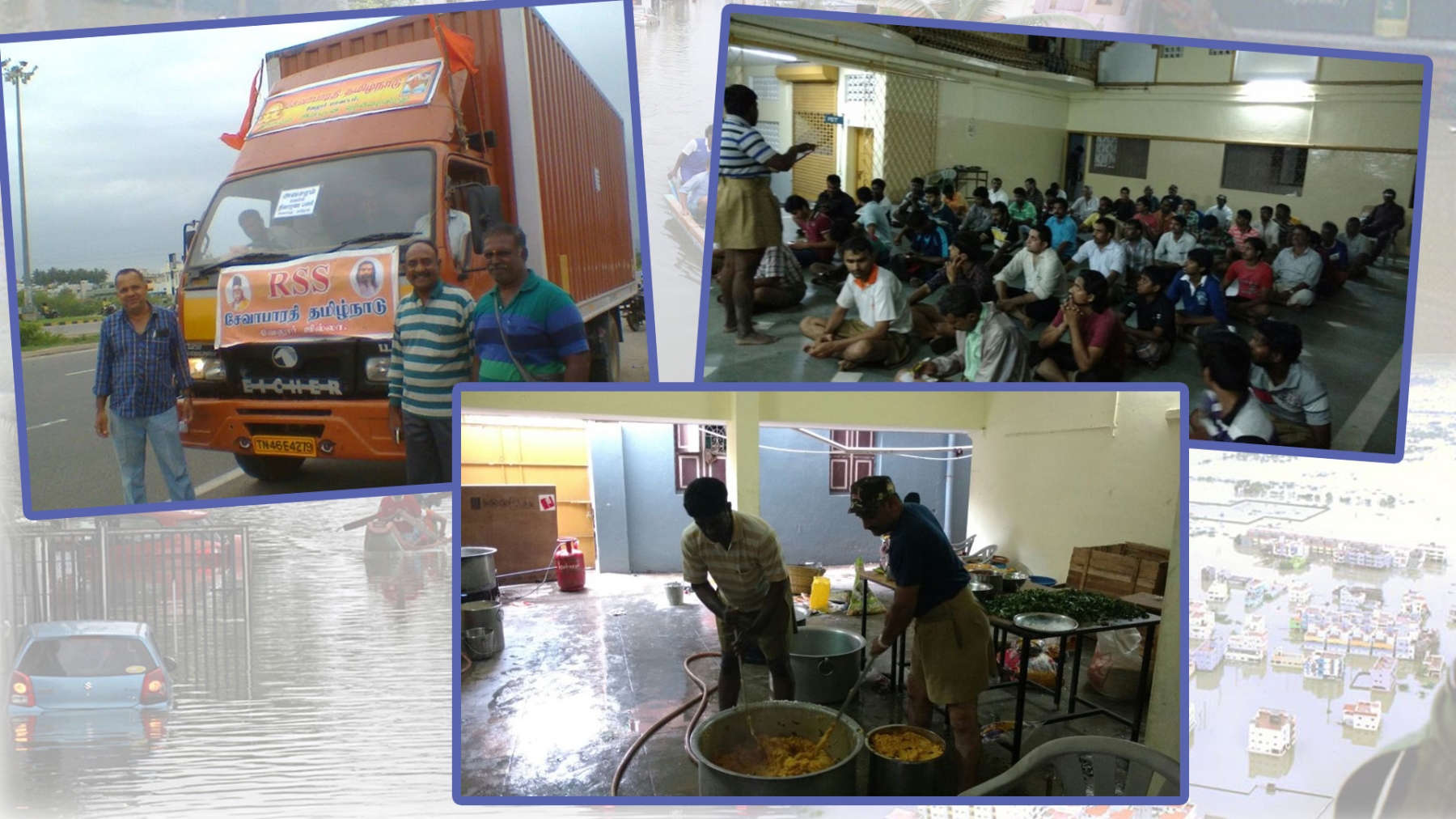